Rich 2.5D maps that won't slow you down 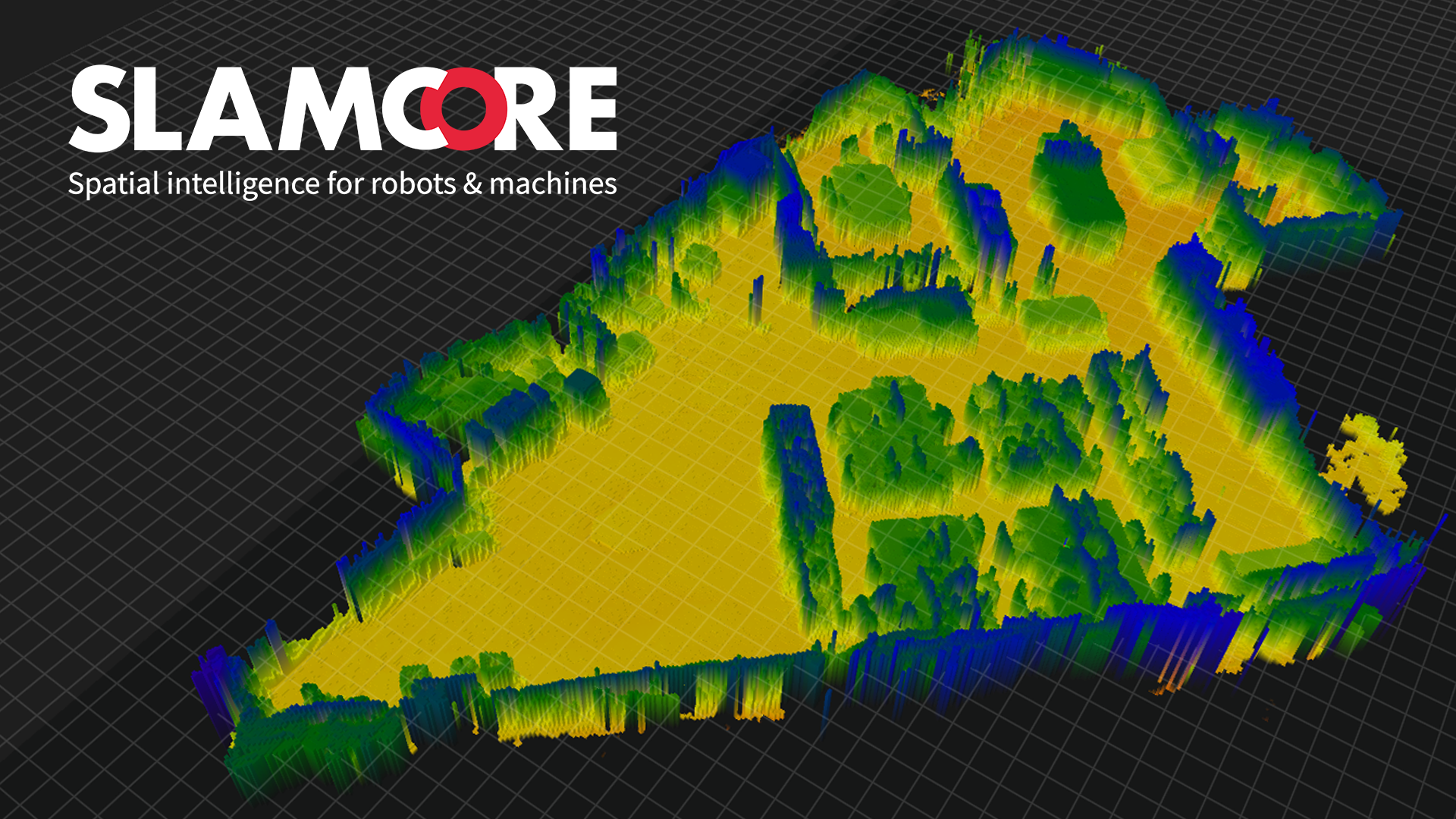 Today, most autonomous robots rely on mapping their world in 2D to locate themselves and navigate safely in physical space. Often using LIDAR sensors which deliver just a ‘slice’ of their immediate vicinity, they build laser thin maps of their world with just enough information from which position can be estimated. The advantage of this approach is that these 2D maps can run efficiently in real-time on low-cost processors. However, with richer data, developers can create robots with more accurate and more robust capabilities, successfully mapping and locating themselves in a wider range of real-world situations. With vision-based systems, robots can see the world in three-dimensions and collect much richer data to provide more advanced SLAM functionality.  Our latest Spatial Intelligence software extends the type of maps robots can effectively use from simple 2D flat maps, to 2.5D dense maps.

Whilst 2D and 3D are commonly understood terms, 2.5D maps probably need more explanation.  2.5D maps add heights to flat 2D maps with occupied space represented as a series of columns of different heights – you can see an example in this video. This is especially useful for robots operating in real world situations, where, for example, a cleaning robot might need to observe the edge of the stairs, or a logistics robot in a warehouse needs to perceive different floor heights or ramps. Many existing autonomous robots struggle with scenarios like these, restricting opportunities for deployment and increasing costs as environments must be carefully prepared so that they can function.

The challenge for any robot developer is balancing the increased opportunity that comes with 2.5D mapping with the additional demands on processors. Creating these detailed maps typically requires significant compute power, processing time and memory. That adds cost and complexity to robot designs potentially reducing commercial appeal.

Our latest algorithms are designed to run out-of-the box and are optimized for the Nvidia Jetson range. However, the software can be further tuned using our extensive range of developer tools. Previously, developers wishing to create this level of mapping would have to spend months of development time building bespoke systems and coding their own SLAM algorithms. Now they can not only create 2.5D maps out-of-the-box, but also create richer navigation options than they can using more expensive LIDAR sensors which provide only 2D positioning and mapping data.

Most impressively, and crucially for real-world applications, our software not only runs on affordable hardware but still creates highly accurate maps in real-time. Our software fuses visual, inertial (IMU) and depth sensor feeds for high levels of accuracy, speed and efficiency. This means we can create dense 2.5D maps using very little compute or memory and can scale to large real-world environments in real-time. Whether it is a living-room, office, hospital or warehouse, the dense 2.5D maps produced require only tens of megabytes of storage.

Developers have until now, been stuck with a difficult choice: use sparse maps that run on cost-effective hardware for real-time location but provide little additional information; or invest in more expensive, power-hungry and complex processors for richer mapping.  Now, using our visual inertial SLAM software they can create richer 2.5D maps for better navigation systems without investing huge amounts of time and resource on creating custom sensor and SLAM code.

Robot designers can download the SLAMcore software and begin creating dense maps in a few minutes. If you are interested, get in touch here.