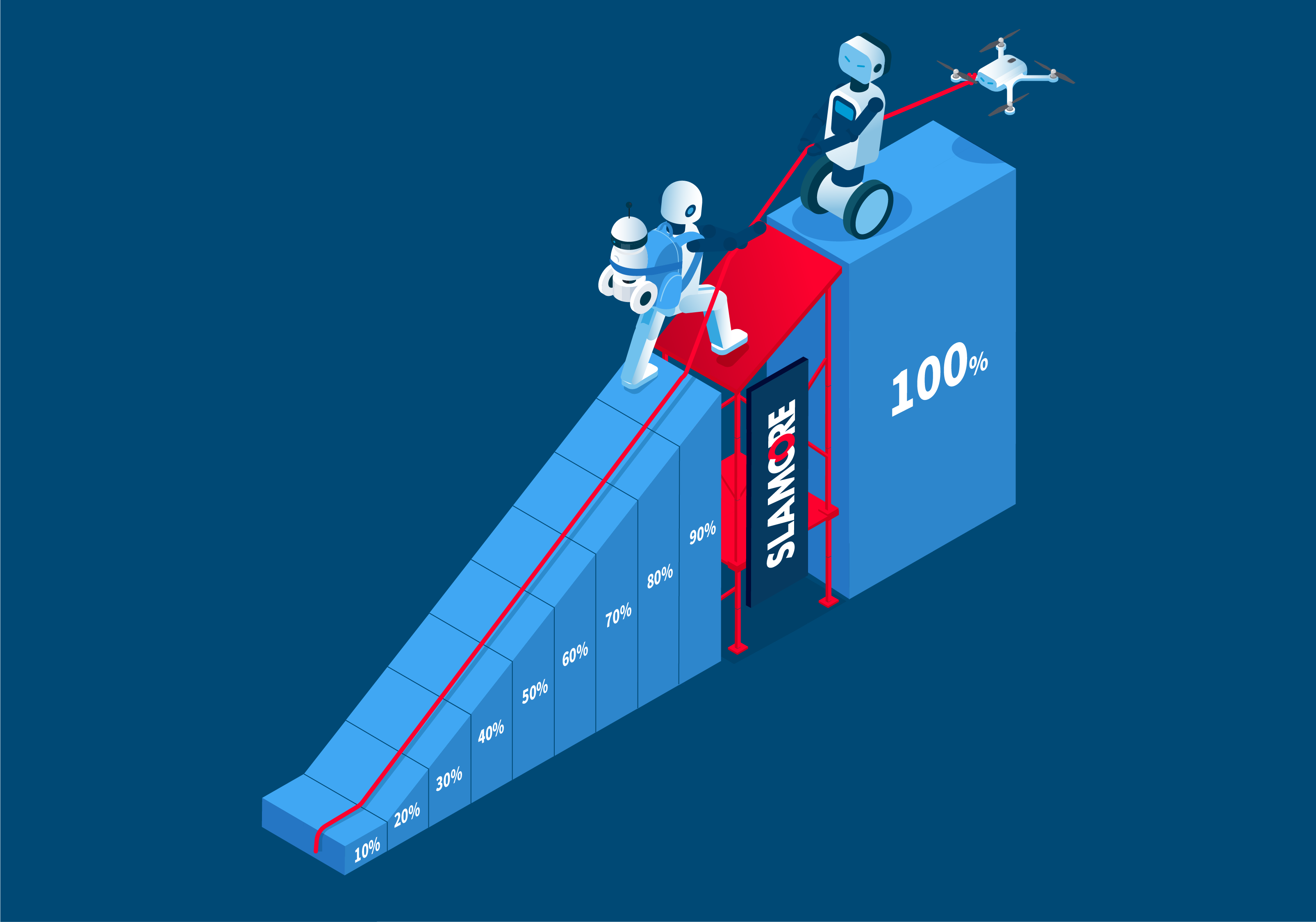 The markets for autonomous robots and augmented/virtual reality headsets are proliferating the market with a requirement for spatial intelligence as a critical enabling technology. Significant advances in batteries, electric motors, and display technologies, coupled with low-cost sensors and low-cost, high-power processors, are coming together to make what was until recently almost impossible or prohibitively expensive a reality.

This means that many building blocks for exciting, helpful, and valuable autonomous robots and AR/VR applications are now becoming available to developers and designers. So why are we not seeing a huge upswing in robots helping us around our homes, supporting us in our workplaces, or being deployed in critical and dangerous locations? Or hundreds of millions of people using AR/VR headsets that can seamlessly merge the virtual and real worlds? The simple answer is that most are not yet good enough to work faultlessly in many scenarios.

In design engineering, there is a common principle of 90/10; it takes 90% of effort to deliver the difficult 10% of a project. It is an inversion of the well-known Pareto principle, which states that 80% of outcomes derive from 20% of the effort.

Many robot and XR applications are at this 90% point.

They work well enough in controlled environments where outliers or ‘edge-cases’ can be ruled out or managed. But in the chaos of the real world, applications that are ‘good enough’ just aren’t good enough. More than a few centimeters out when mapping the world around a robot could be critical - the difference between colliding with an object or a person or avoiding them. A few millimeters drift for AR/VR means breaking the immersion they are trying to deliver; virtual objects simply won’t move in time with the user and can appear to jitter.

Mapping, locating, and perceiving objects in the physical world precisely, consistently, and reliably is one of the key 10% challenges faced by designers of autonomous robots and AR/VR devices.

This is the challenge that SLAMcore is solving. Visual Inertial Simultaneous Localization and Mapping, VI-SLAM, what we call ‘spatial intelligence,’ is critical to every autonomous robot and every AR/VR application that aims to merge the virtual with the real.

Spatial intelligence is fundamental not only for robots to safely and accurately navigate dynamic, unpredictable environments but also to ensure perfect alignment between ‘real’ and ‘virtual’ worlds in any AR/VR application. The much-anticipated metaverse will depend on perfectly precise spatial intelligence to function. SLAMcore has developed and proven, through over 10 million meters of test data, the most accurate, robust, and low-power VI-SLAM solutions available on the open market. It makes that last 10% of the challenge far easier to solve.

That’s part of what attracted me to join SLAMcore: its mission to enable autonomous robots and AR/VR devices with robust & accurate spatial intelligence – solving that difficult 10%. That and the amazingly talented team here. My role as Head of Market Strategy places me squarely at the intersection between commercial and engineering; landscaping and forecasting markets, use-cases, and technologies to provide valuable insights for both.

These will underpin business strategies that ensure SLAMcore continues to deliver spatial intelligence solutions aligned to its customers’ roadmaps and accelerate the growth of autonomous robots and XR adoption.

Working 5-Years in the Future

Building sound strategies requires educated foresight, and that’s something I’ve been applying in my working life over the last 20 years. Eighteen of those years I spent at arm, the embedded processor IP company, from a graduate engineer building eye-catching demonstrations of future applications to Director of XR Marketing delivering commercial growth strategies for the AR/VR market.

Spotting opportunities in nascent markets and understanding the challenges in delivering transformational products requires thinking of a five-year horizon. It’s something I’m always considering when understanding and forecasting a market vertical; what applications will businesses & people want, who will be providing them, and what capabilities will technology need to enable them? When I look at the autonomous robots and AR/VR markets over the next five years, several foundational capabilities will be critical; spatial intelligence is one of those fundamental technologies.

The next five years will see a surge in effective deployments of autonomous robots and AR/VR devices as more and more companies focus on delivering the applications businesses and people will demand. Those companies will all face a variety of ‘10% challenges’ as they are developing the technologies and products to enable these demanding applications.

By helping companies overcome the 10% challenges of spatial intelligence with its robust, accurate, low-power solutions, SLAMcore will be a catalyst for this exponential growth in capability and prevalence of autonomous solutions. I’m excited to be part of their journey.