Embracing ROS2 for flexibility at scale 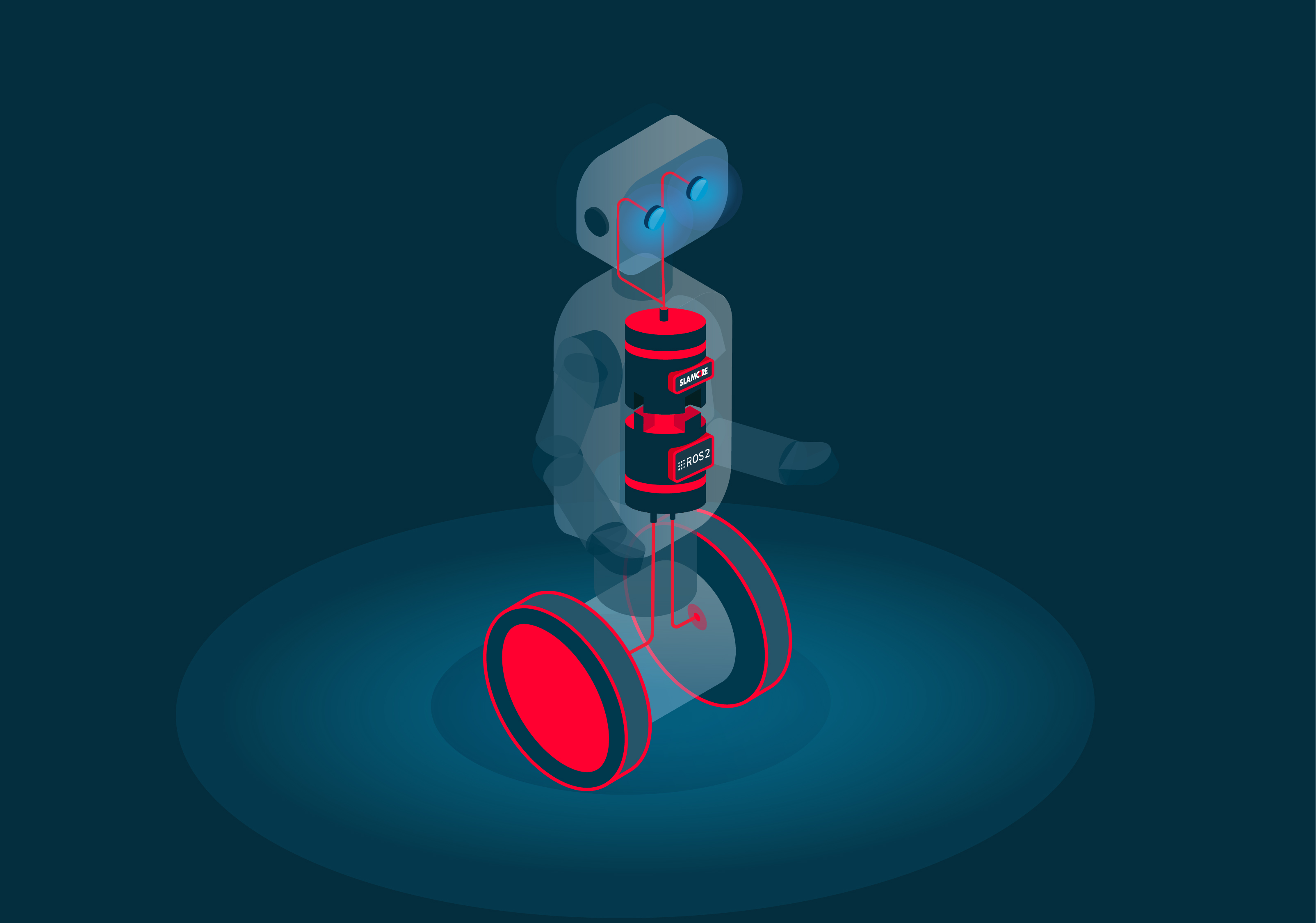 The Robot Operating System - ROS has become the de facto standard for many designing and developing robots. Originally targeted at those researching robotics in the lab, it has nevertheless found its way into numerous systems from prototypes and proofs of concept to commercially deployed robots. But as the commercial deployment of autonomous machines accelerates, so too have the demands on this core software framework. Many of today’s requirements were simply not imagined in those early days. Whilst the open-source community, roboticists and commercial organisations have all contributed to the development of forks and branches of ROS, a new version of the original code has been created to meet today’s requirements.

To meet these emerging requirements ROS2 has been developed over the last couple of years to extend the benefits of the pioneering open-source Robot Operating System (ROS) into these rapidly emerging new robotics applications. For example, originally ROS was designed for single robots with workstation grade processors and no explicit real-time requirements. Fundamentally, ROS was the glue for research-based explorations into robotics. It has done a great job and some companies have been able to modify it to build full production systems. ROS2 adds in new capabilities that meet the more advanced and commercially focused nature of robotics today. These include support for teams of robots working together, operating in real-time without guaranteed high-performance networks, and the low-level tuning capabilities required to run on low-cost, embedded processors.

Global adoption, and beyond

ROS2 has been driven by contributors across the industry including AWS and is regarded as a fundamental building block for the next generation of robot deployments. Even NASA is lending its support with confirmation that the VIPER mission lunar rover uses ROS2 as the foundation of its software stack

Back on planet Earth, our customers face similar demands for real-time control in dynamic environments – so it makes complete sense that we embrace ROS2. The enhanced capabilities of ROS2 software plus the latest version of our algorithms allow customers to easily integrate cutting-edge spatial intelligence into robots suited to commercial-scale deployments in a wide range of situations.

The power and potential of vision within robots – not only for location and mapping but for true understanding of the physical world around them – is increasingly appreciated by roboticists. SLAMcore algorithms will make use of several enhancements in ROS2 – specifically the upgraded Nav2 stack supporting fully autonomous, 3D navigation and enhanced support for embedded processors. SLAMcore’s vision-based SLAM allows full 3D mapping and path planning within ROS2 and supports the development of semantic mapping to add labelling of objects within a map.

The fine-grain control of memory and processor functions enabled in ROS2 further enhances the efficiency of our algorithms allowing developers to use smaller, less power-hungry and more cost-effective embedded processors for SLAM.  Bringing together highly accurate 3D maps with a proven software framework, plus the efficient use of power, memory and compute resources, makes SLAMcore and ROS2 a powerful combination for these emerging use cases.

As more and more businesses are looking to deploy robots in real-world and at-scale situations, the integration of our leading spatial intelligence with ROS2 designs is straightforward and highly cost-effective. Robot designers can quickly address complex SLAM challenges, move projects forward and deliver to market faster. The SLAMcore SDK now supports ROS, ROS2 and C++ interfaces and is available now. It can be downloaded from SLAMcore.com and quickly deployed with standard hardware in just three clicks.

To find out more, or to speak with us about the wide range of hardware and bespoke application set-ups we support please get in touch. You can also explore our next generation capabilities at SLAMcore Labs.