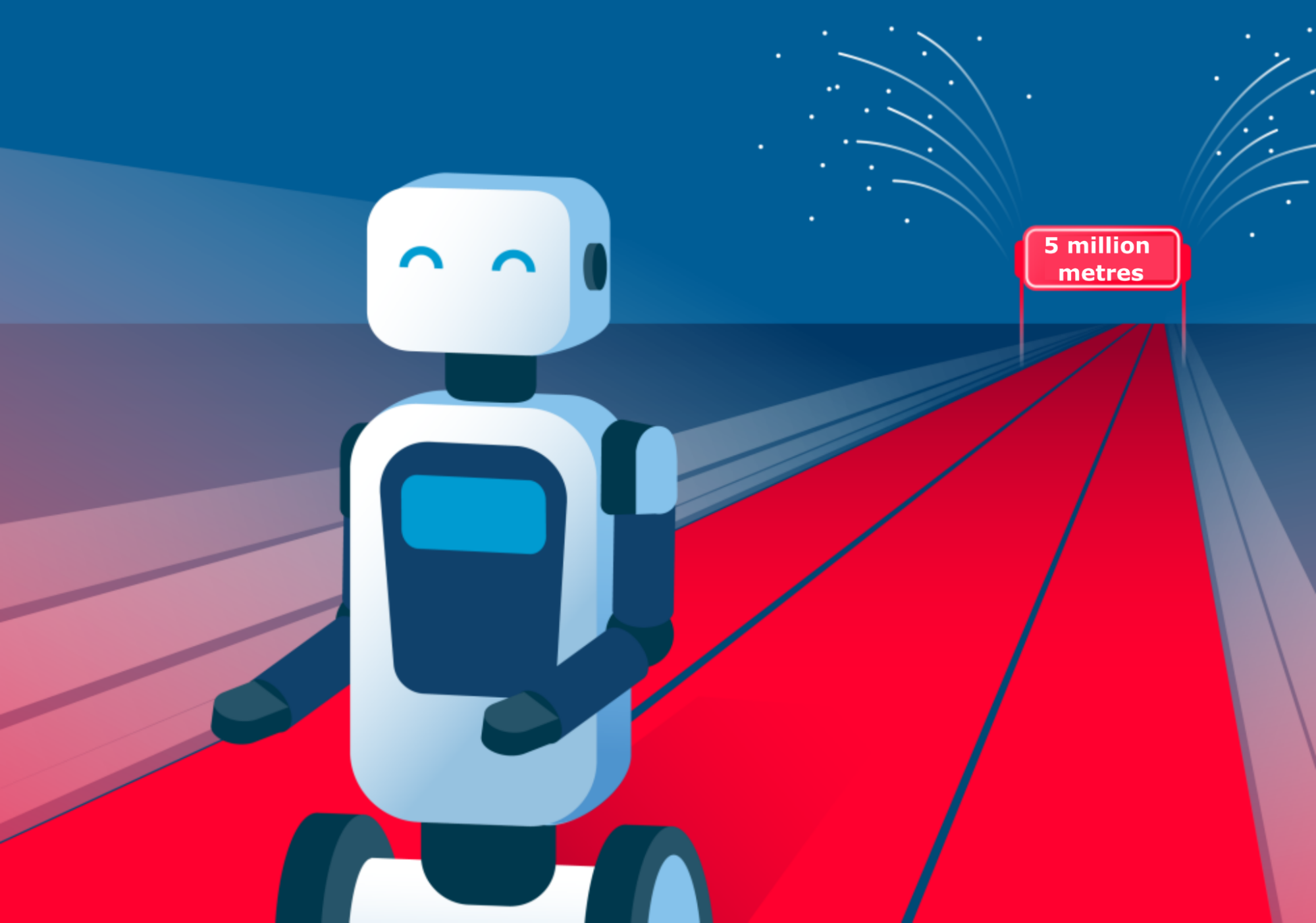 It has been a little over nine months since we launched our SDK and invited developers, roboticists and designers of all sorts of autonomous and mobile machines to download it. Providing a simple, fast and effective way of integrating accurate and robust visual SLAM into their designs, we expected it to be popular. But the level of use and the range of applications the SLAMcore algorithms have supported in that time has blown us away! Judging from the stats we see on usage, it seems the entire market is poised at a major inflection point in growth.

Typically, engineers and developers download our SDK to integrate into prototype products and proofs of concept. The capabilities of our solution make it highly suited to ‘real-world’ testing, in which robots or other mobile machines need to map and position themselves autonomously in dynamic and varied environments. More than seventy-five customers have downloaded the SDK for integration into the products they are working on. Many choose to remain anonymous but our Visual SLAM algorithms are being used to provide Facebook’s Bombyx Robot with real-time vision, as well as a core element of SYNA.OS VIEW - an innovative new product to add location and tracking capabilities to manually piloted intralogistics vehicles. Other prototypes include robots destined for roles in airports, plus many other types from drones to lawnmowers.

In fact, SLAMcore customers are adding visual SLAM to over twenty different autonomous applications demonstrating the flexibility and suitability of the technology in many different scenarios. From consumer robots to industrial cleaning, and from autonomous robots working in warehouses, construction and agriculture to indoor drones, the wealth of data captured and processed by our SDK makes it a robust and reliable solution in many different environments. Current applications make full use of our Position and Map capabilities, ensuring that robots accurately locate themselves within precise maps they create of the physical world around them. However, the visual data captured can also be dynamically labelled and used to add Perception so that robots can distinguish between different objects and moderate their behaviours depending on what objects are around them. Some of our closest collaborations with customers are already investigating the applications of this capability in their designs.

Prototypes using our SDK are being tested in warehouses, office environments and large, high-traffic areas like shopping malls and airport terminals. In all of these scenarios they must deal with changing lighting including deep shadows and bright sunlight, as well as complex and dynamic physical environments where people, other machines and obstacles could be encountered at any point. Over the past 9 months robots featuring our SDK have successfully travelled over five million metres in these external ‘real-world’ environments. Every metre travelled generates more data and provides more insight into the successful application of Visual SLAM in varied environments. As such, it is creating a priceless data asset that benefits all of our customers.

In addition, the more metres travelled, the more tricky ‘edge case’ scenarios are encountered. Learning from these encounters (including those where robots fail) is an essential element in testing, as understanding why one robot fails to navigate a scenario helps another robot successfully negotiate a similar situation. The wide range of applications in which our SDK is used, and the variety of robot designs, means that we have probably amassed one of the largest databases of edge-cases in the industry.

The last nine months have been a whirlwind and we’ve been astonished at the range of applications our SDK has supported. Of course, it takes time for prototypes to move to finished products, but it is clear that the contributions we are making are accelerating design teams towards commercial scale in all manner of robotics application areas. Not only are customers learning that the SLAMcore SDK is a cost effective and time efficient way to crack the complex challenge of SLAM, but it is easy to implement into commercial, at-scale designs. Research from numerous sources points to an explosion in the use of robots in all manner of situations in the coming years. We are proud and excited to be helping robot developers around the world create the machines that will drive this growth.